Why do Americans feel they are 'just getting by?'

A recent survey by the Federal Reserve reports that a quarter of U.S. households say they are “just getting by” financially.

The report was issued Thursday, Aug. 7, 2014 and offered a view of how Americans perceive their economic status and financial situation. The survey was comprised of roughly 4,100 households and was conducted from Sept. 17 through Oct. 4, 2013.

Where do you see you and your family in this regard? Are you just “getting by?” If you feel that way, are you making plans or even taking action to change your plight?

The same study found that 13 percent of people surveyed said they were struggling to get by, and 34 percent reported they were somewhat worse off or much worse off than before the Great Recession hit by 2008.

Some other nuggets from the survey: a third of people who had applied for credit in the previous 12 months “allegedly” were denied or given less than they applied for, and 24 percent were riddled with at least some type of education debt.

Additionally, 31 percent of people who are not retired said they had no retirement savings or pension, including 19 percent of people age 55 to 64. Half of adults surveyed were not even thinking about planning for a life of retirement, with 25 percent saying they had done no planning at all.

What about homeowners? Consider this … 26 percent of homeowners expected prices in their neighborhood to increase by as much as 5 percent in the next year following the survey.

Why do Americans feel so bad about their situation? Many say their income hasn’t improved, and millions are working only part-time jobs because they can’t find full-time jobs. As America continues to rebound, full-time jobs are in high demand and people are still struggling with mortgage debt. Many Americans don’t have the “extra” income to spend as freely as they once did.

Some studies have shown that consumer spending has increased since the recession ended, but the economy has sputtered, in part, because of the housing market bust.

Family Protection Center wants to help Americans stop “getting by.” We want to help people protect their mortgages, get out of debt and starting spending “extra” money because they feel like they are in position financially to live a better life than they do right now. To find out more, visit our job opportunity page.

Check out some of our other blogs 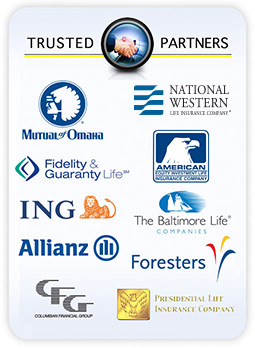